15 Forts near Pune for trekking and admiring

Be it the Marathas, Yadavas, or Chalukyas, rulers of every dynasty in Maharashtra gave tremendous importance to the construction and maintenance of forts. That’s one of the reasons you will find a fort in every nook and cranny of Maharashtra. Pune is a city that has many forts around it. Many of these forts were built by Chhatrapati Shivaji Maharaj, the great Maratha warrior king.

Forts near Pune within 100 km:

It is located 25 km from the city of Pune and this fort is said to be almost 2000 years old. Sinhagad means the fort of lion and it has witnessed many battles such as the Battle of Sinhagad in the year 1671. From the top of the cliff, one can also view the magnificent and splendid view of the Sahyadri ranges

Surrounded by beautiful waterfalls, Rajmachi Fort is a nature lovers’ paradise. It was built by the Satavahanas and later captured by Shivaji Maharaj in 1657. The fort has two citadels – Shrivardhan and Manoranjan, with a wide plateau surrounding them. The fort provides a spectacular view of the waterfalls, lush green forests, and hills. A Shiva temple and a big water reservoir constructed in 1780 are the two key attractions inside the fort. The rainy season from mid-June to mid-October is the best time to visit Rajmachi Fort, as the region looks beautiful with clouds and greenery everywhere.

As Pratapgad Fort is located near Mahabaleshwar, several tourists frequent it. Around two to three hours of strolling around are enough to check out every nook and corner of this architectural beauty and its majestic surroundings. The best time to visit is around March and September as the weather remains pleasant during these periods.

Raigad Fort is a favorite among adventure enthusiasts because you must either use the ropeway or trek to the fort, which is 2700 feet above sea level. Those who want to trek to the fort need to climb around 1700 steps from the foothills to reach the fort. 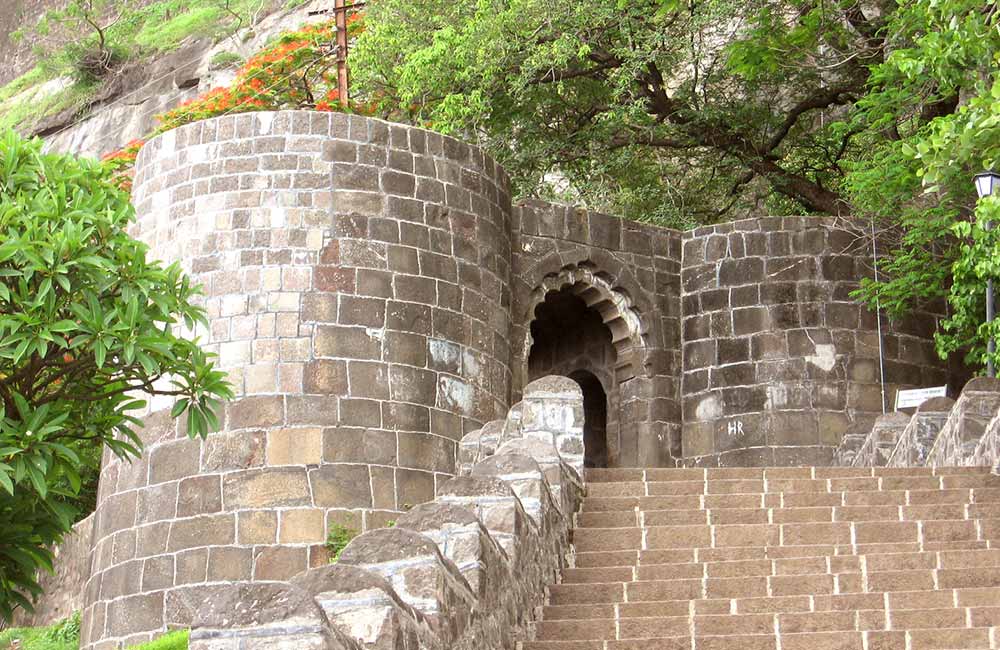 Dating back to the 17th century, Shivneri Fort was the birthplace of Chhatrapati Shivaji Maharaj, the founder of the Maratha empire. Located near Junnar town, the military fortification has a memorial of Shivaji, known as Shiv Kunj, right in the center. The fort offers a panoramic view of the picturesque mountainous and beautiful lakes in the backdrop. 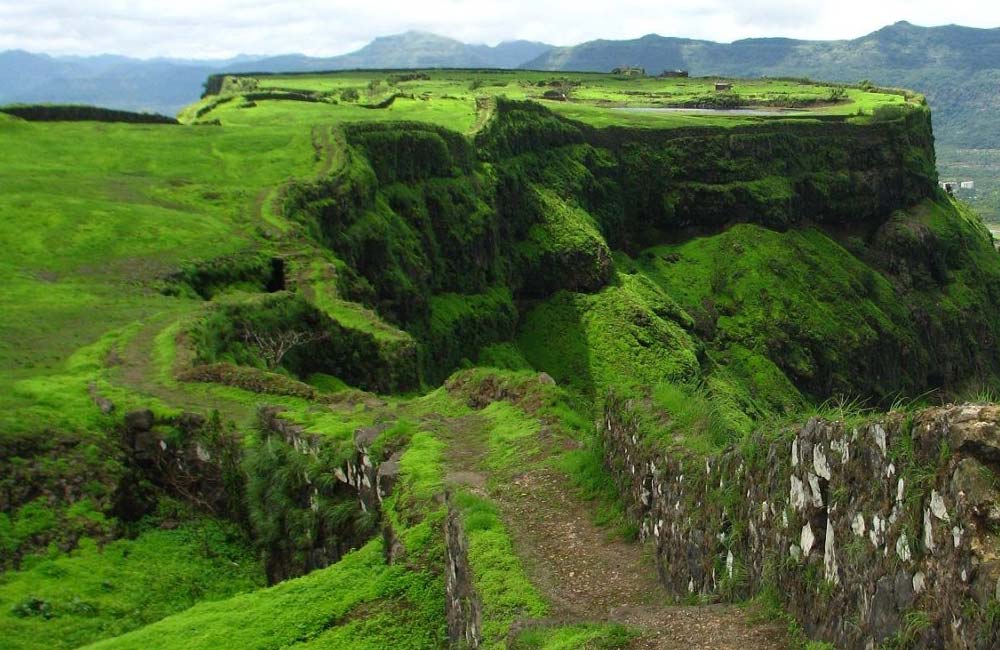 Korigad Fort, which is around 3028 feet above sea level, is one of the highest forts in India, making it a popular trekking destination among youngsters. The fort was unknown for long until Shivaji Maharaj incorporated it into his kingdom in 1657. The fort remained under the Maratha empire before getting captured by the British in 1818. 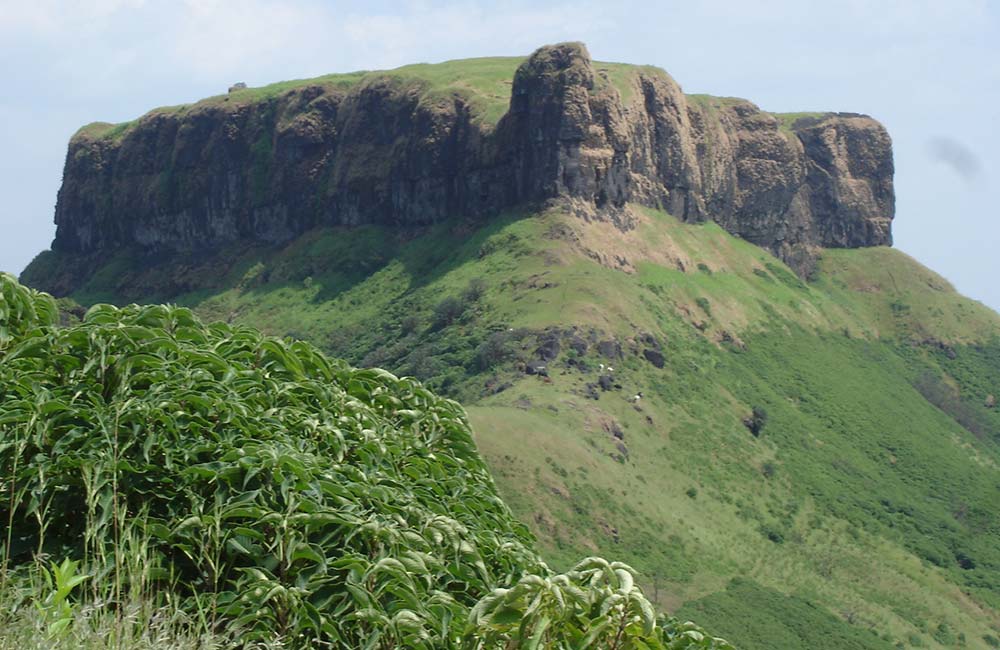 Located on an irregular hilltop, Kenjalgad Fort is a rhomboid fort that can be seen from a long distance as one approaches it. It was built by the Bhoj rulers during the 12th century, and it was later captured by several rulers, with the British finally taking it over in from the Marathas in 1818. And although the fort resembles a derelict façade, as a large part of it was dismantled by the British, its walls are still standing tall, overlooking a beautiful valley. The sight of the clouds covering the fort during the rainy season will leave you awestruck. 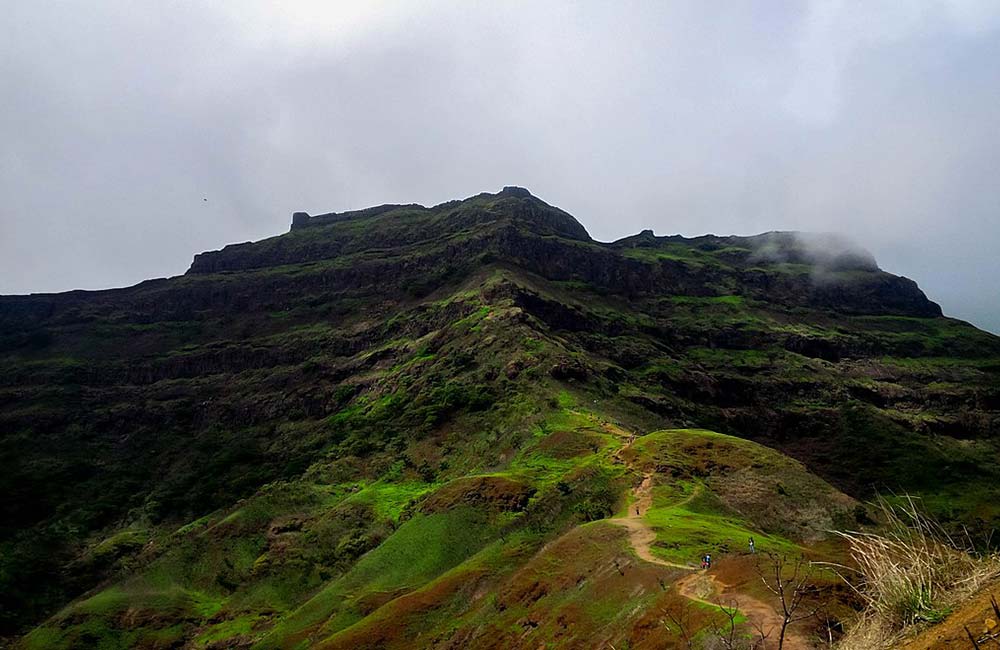 The historical significance of Torna Fort is that it was the first fort captured by Chhatrapati Shivaji Maharaj; thereby, making it the foundation of the Maratha empire. With an elevation of over 4600 feet above sea level, it is also the highest fort near Pune. Over the years, it has become one of the favorite destinations for anyone who wishes to experience history amidst the opulence of natural beauty. 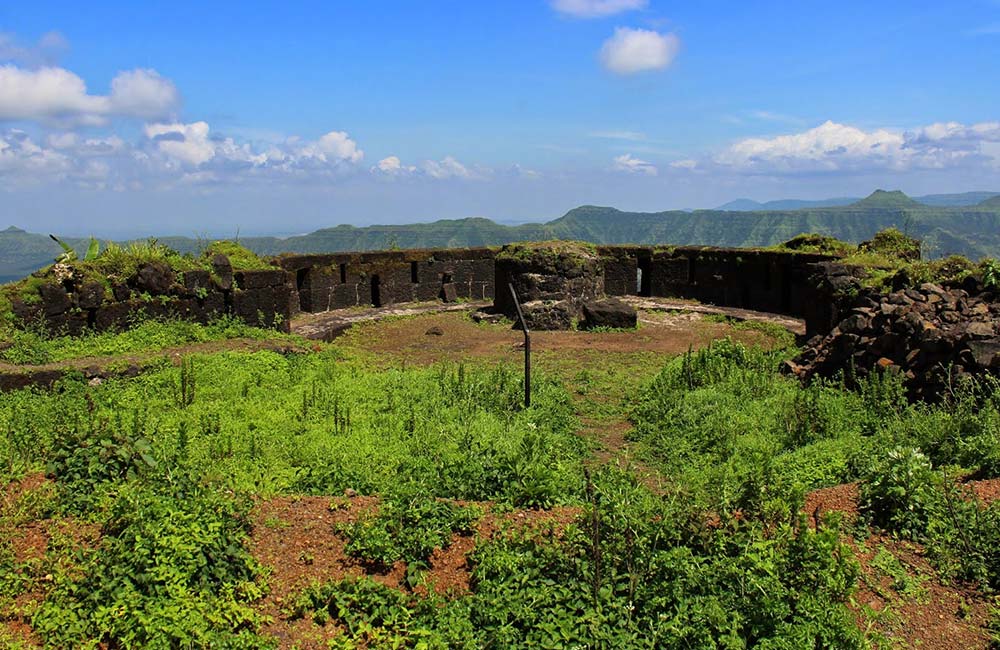 Rohida Fort, one of the premiere forts near Pune, was built during the rule of the Yadavas. Shivaji Maharaj captured this fort from Bandal Deshmukh, only to later hand it over to the Mughals in the Treaty of Purandar. The fort is popular among tourists for its Rohideshwar Mandir, and the seven bastions that are in good condition. 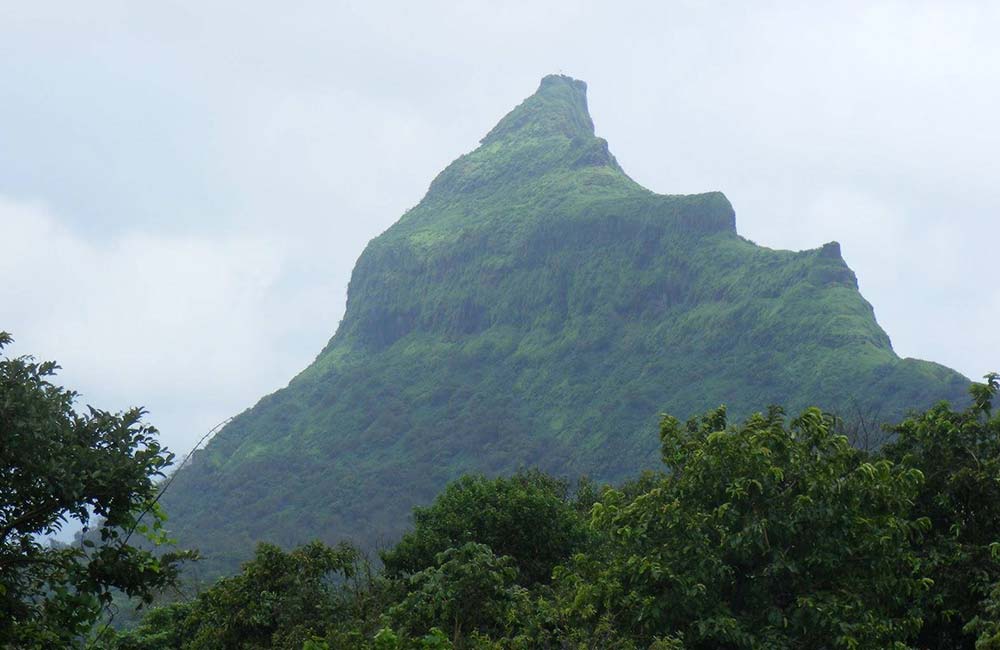 Tung Fort is known for its breathtaking beauty.  It stands at an elevation of 3526 feet above sea level and is surrounded by water on three sides. Tung Fort is referred to as Kathingad Fort because of its conical shape, and steep steps. What’s more is that the fort is accessed via a narrow path carved into a vertical cliff, which makes it a difficult climb. 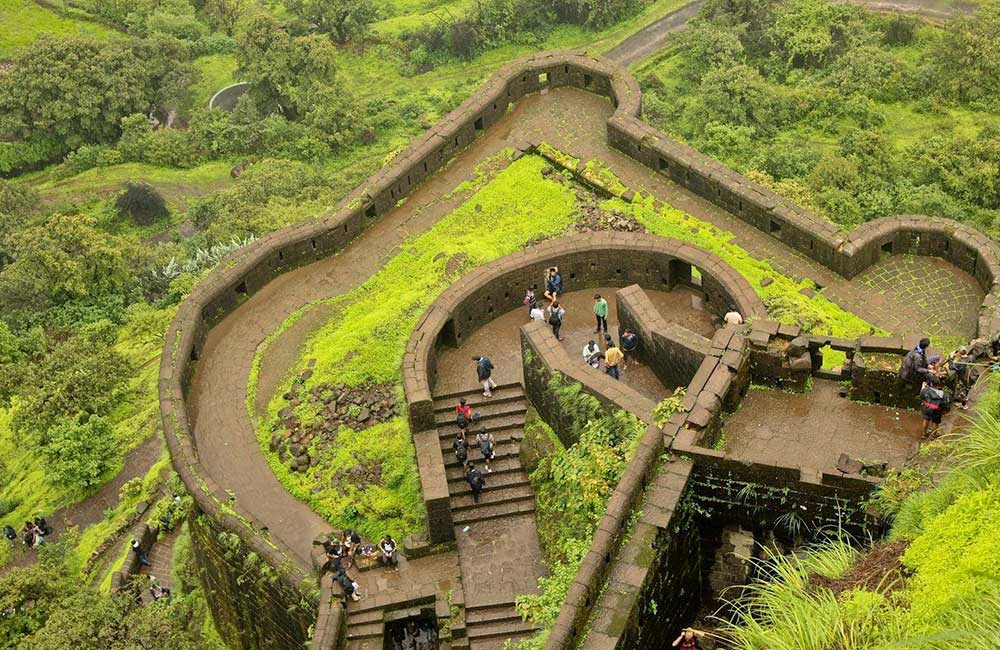 Popularly known as the ‘Iron Fort,’ Lohagad Fort is a perfect convergence of rich historical legacy and exquisite natural beauty. It enjoys an intriguing history under several dynasties, with the majority of time spent under the Marathas and a short interval under the Mughals. 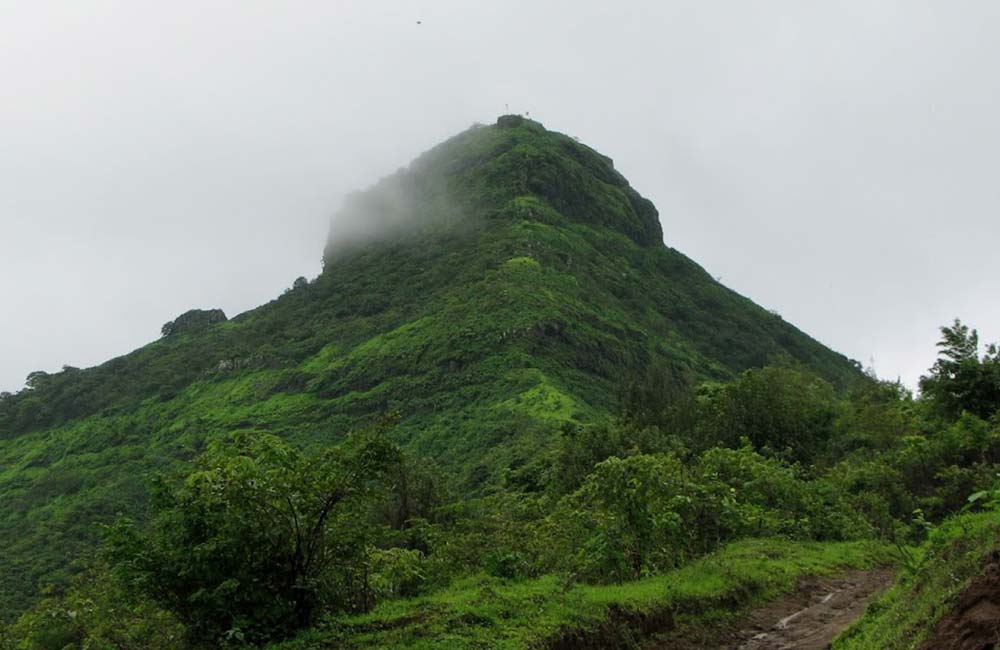 Tikona Fort, meaning triangular fort, derives its name from its pyramidal shape. It is a major hill fort in the Maval region near Lonavala, built during the Silhara dynasty’s rule. Nestled in the lap of the Sahyadri Ranges, this 3500-feet high (altitude) hill fort has its colossal entrance as its major highlight. 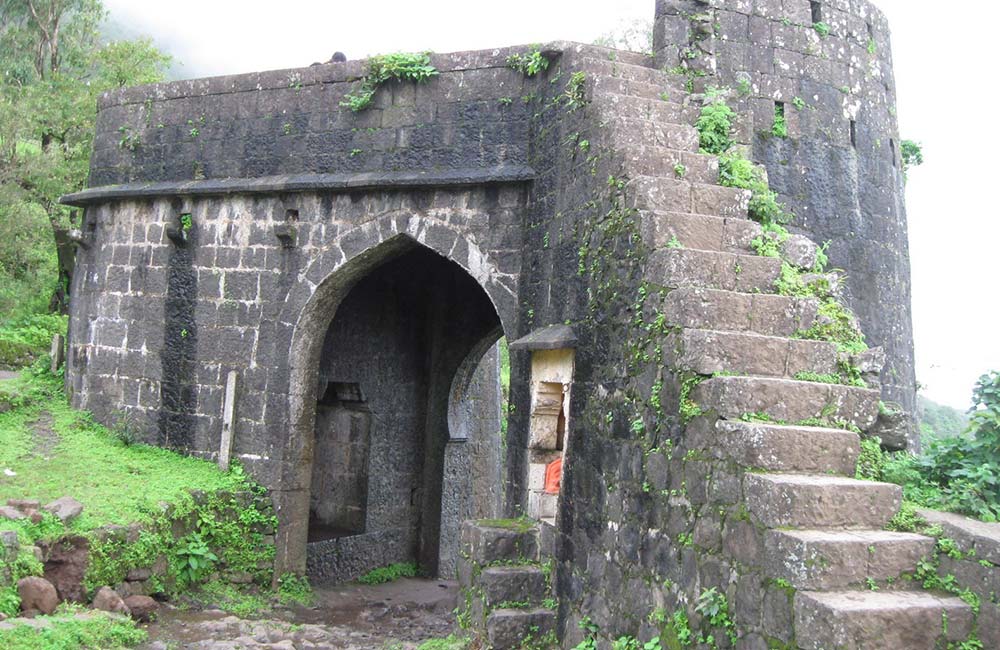 Located around 4500 feet above sea level, Purandar Fort was the birthplace of Sambhaji, the son of Chhatrapati Shivaji Maharaj. The fort is of great historical significance as it marks Shivaji’s rise against the Mughals and Bijapur Sultanate. However, Shivaji was not the only ruler of the Purandar Fort, as it was the Yadava dynasty which constructed it in the 11th century. 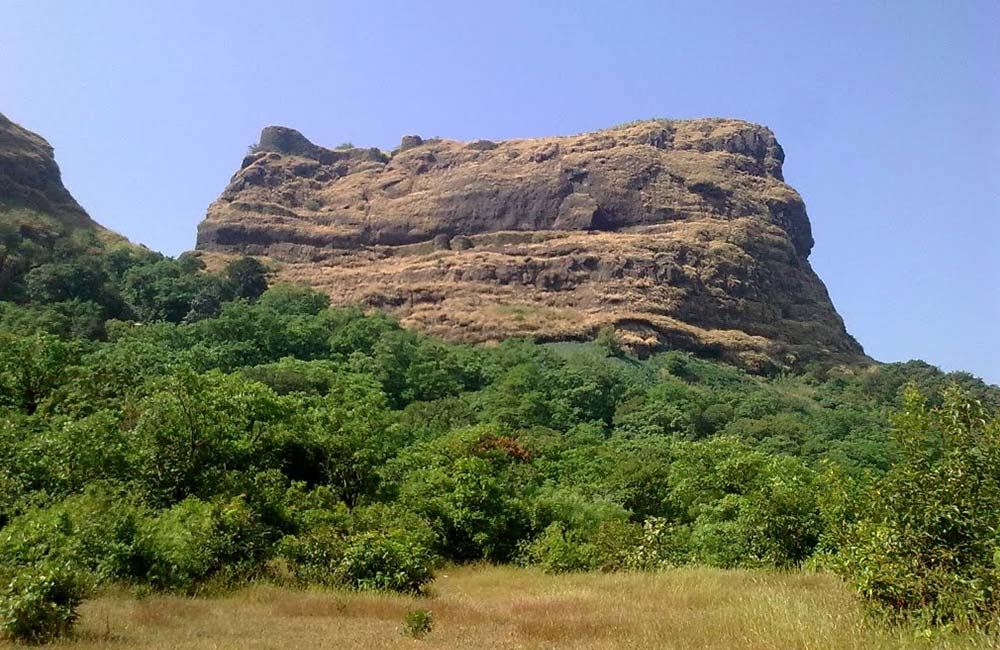 Situated near Tamhini Ghat, the 300-year-old Ghangad Fort was a sort of jail used for housing prisoners. It was under the Maratha empire until March 1818, post which they had to surrender it to the British. 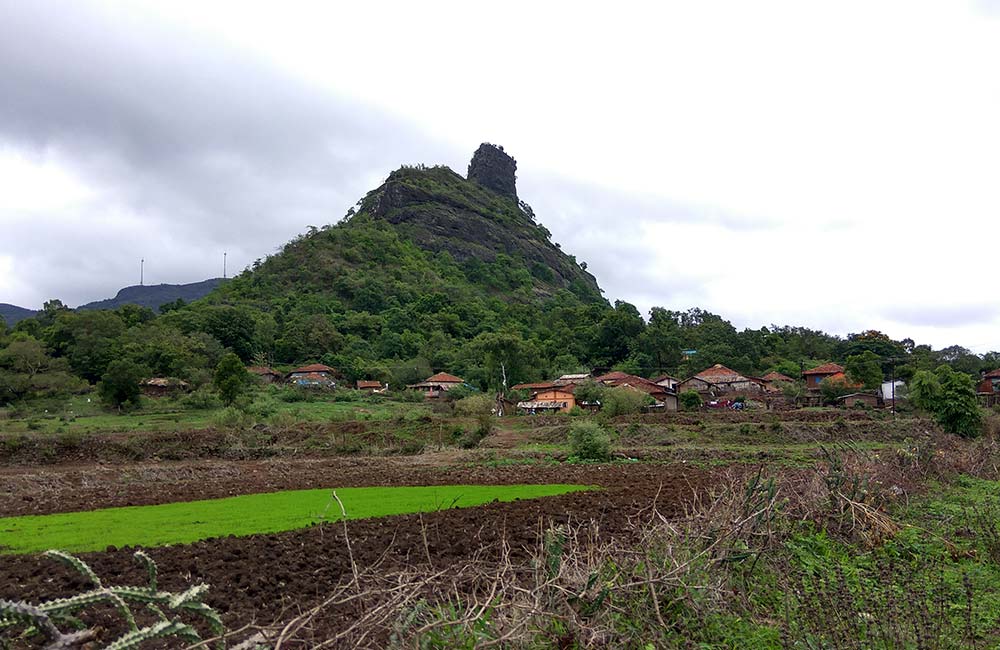 Kothaligad Fort is a 3100-feet high fort situated in the Karjat area of Maharashtra. It is also called Peth Fort because of its proximity to the Peth village. Its short height and easy climbing make it a popular fort near Pune for trekking.

Changa Vateshwar Shiva Temple at Saswad is located at the foothills of Purandar fort in Narayanpur. The Shiva temple is a lesser-known destination around Pune. This ancient temple is very grand in architecture and designs which is like the sangameswar temple located extremely near to this place. The entrance hall or nandi mantapam is unbelievably beautiful […]